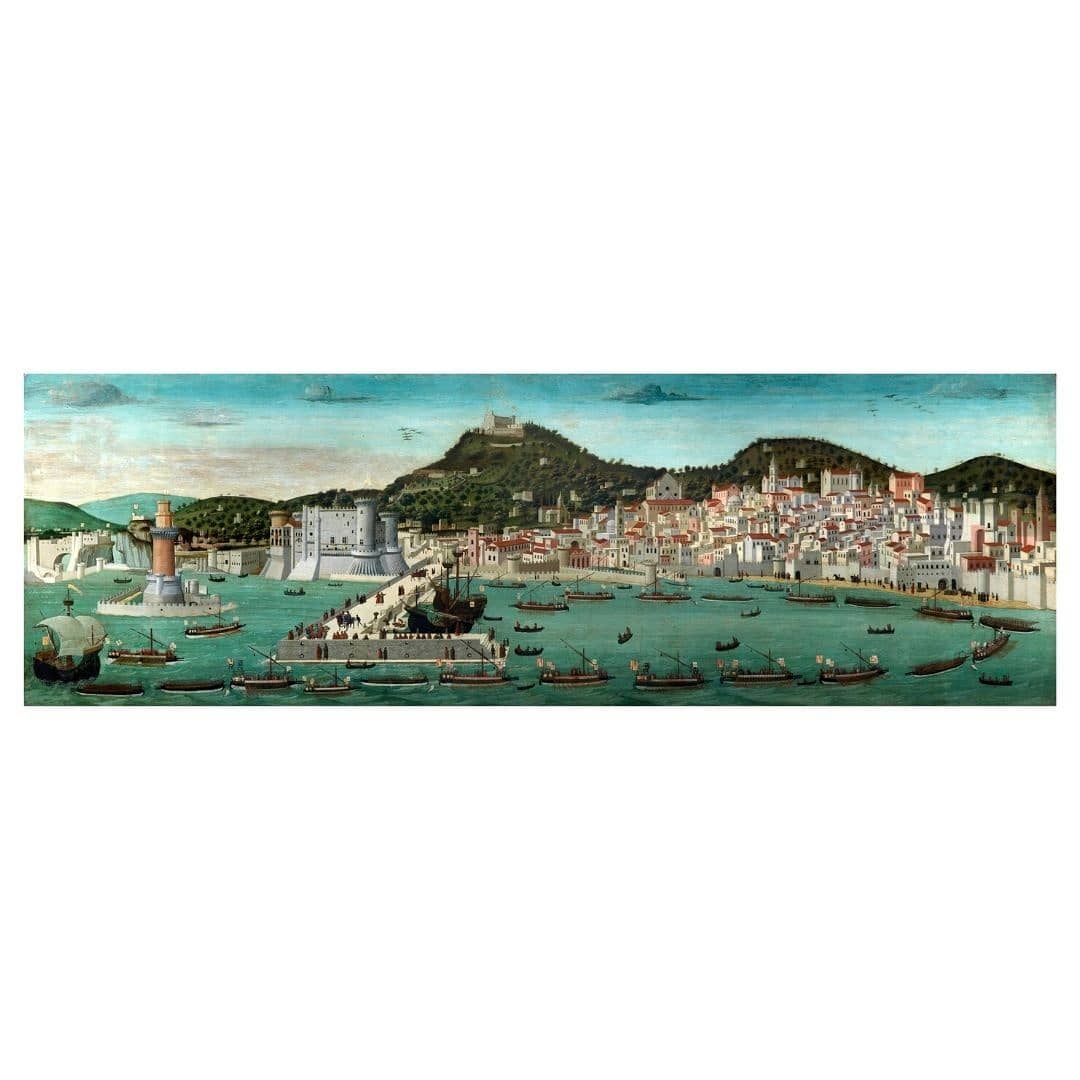 Welcome to one of Europe’s oldest cities, welcome to Naples! 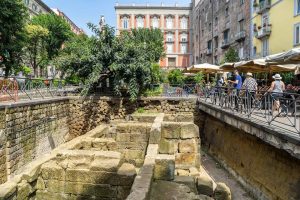 We are in Piazza Bellini, the heart of the old town: these are the walls of ancient Neapolis, the city that was founded by the Greeks. Neapolis means “new city”, a new Greek colony that already promised to become one of the most vibrant trading hubs in the entire Mediterranean Sea. Naples has always been a layered city, from every point of view: the new that overlaps the old, the ancient that creates the basis of the modern. You will find in every aspect of my city a cohabit of so many factors together, and our culture is today our greatest legacy because it is unique in the world! From this plant you can also see the perfectly geometric pattern: through the perpendicular intersection of Cardi and Decumani, a grid was created that defined the blocks, and the construction of houses and shops was easier, as well as making more orientation.

Subsequent dominations over the city redefined the breadth and appearance of Naples: are you ready to continue on the line of time with us? 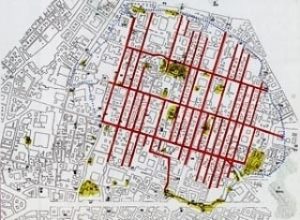 The period of the transition from the Roman Age to the Middle Ages were years of struggle and change for the Whole Mediterranean, but not for Naples.

Its position and its predisposition to cultural exchange contributed to the enhancement of some commercial activities, as the development of the processing of precious fabrics and metals. The city grew even culturally thanks to Frederick II of Svevia. He was a strong and enlightened ruler. His curiosity was never satisfied: he was a friend of the greatest intellectuals of his time, he spoke six languages fluently, above all he can still be considered a “citizen of the world”,with his open and avant-garde mindset.

Federico chose Naples to found the first secular university in Europe: easy to reach, the city would be home to courses on subjects for the first time completely detached from the religious vision. Knowledge, rationality, freedom: even today, our University bears its name, celebrating one of the greatest illuminated ever. 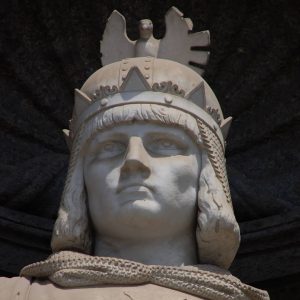 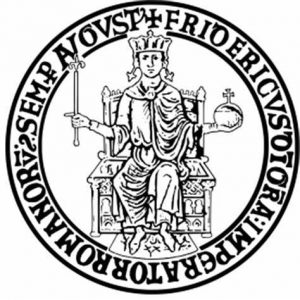 At the death of Frederick II, the relationship between his heirs and the Papacy became increasingly strained.
The Pope asked for help to his faithful French friends: King Louis VIII Angevin sent his son Charles to Italy, who managed to defeat Manfredi of Svevia and conquer the entire kingdom.
The first great decision of Charles I Angevin was precisely to move the capital from Palermo to Naples, thanks to its proximity to Rome and the Papacy.
It was during this period that Naples began to take on the appearance of a great capital. Charles began great architectural and urban projects: he reinforced the city walls, expanded the port, enriched the city with fortifications (the Maschio Angioino and Castel Sant’Elmo) and sacred buildings.
Many of the great churches in which we enter today were founded by Charles: even today, although very often covered by the subsequent stratifications, the Angevin style is still perfectly recognizable, in its majestic trace of the great history of this house in Naples 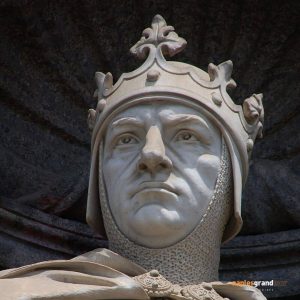 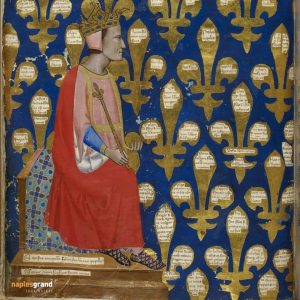 After putting the last Angevin King on the run, Renato, and defeating all his opponents, in 1442 Alfonso V of Aragon entered the city triumphantly, becoming Alfonso I of Naples.
The king found a city torn apart by four long years of war and on the edge of poverty. To clean it up from the horrors of war, and make it a city worthy of becoming its royal seat, the king financed numerous decorative and architectural projects. The most symbolic is certainly the Triumphal Arch, squeezed between the towers of Castel Nuovo, which celebrates its entrance into the city.
Alfonso gathered many artists and intellectuals at court, in line with other Renaissance rulers. His sons, including Ferrante his heir to the throne, were raised by the est humanists in Naples.
Even if relations with the members of the court weren’t always good, the Aragonese kings always stood out for their great human and political depth. 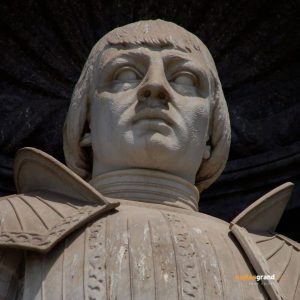 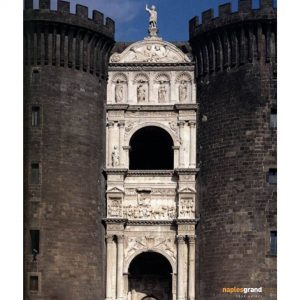 The 1500 was a political tumultuous century for Europe. The Spanish kings, the French kings and the Pope were in charge of the chessboard of power: the balances were truly labile and fragile.
After a long period of negotiations, tactics and betrayals, the southern Italy became the peripheral territory of the Spanish crown. The center of power was Naples, also home to the Viceroy, changing every 3 years by the king’s orders.

Unfortunately, relations between the Viceroys and the Neapolitan people were not peaceful: the city was very crowded, the plebs were poor and hungry, everything was only in the service of the Spanish throne.
The favorable aspect lies in the artistic renewal of Naples: the sacred decoration was instrumental to the church’s need, while the opulent and lazy nobility demanded the most famous decorators of the Reign.
📸: Charles V Habsburg – the Spanish Districts, built for the Spanish army. 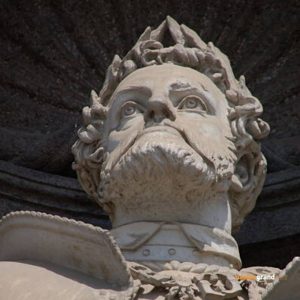 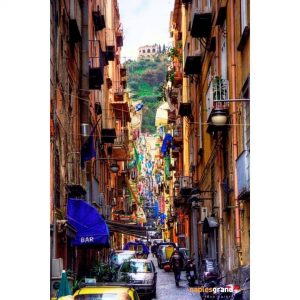 In 1734 can we say that the true period of peace and prosperity began: Charles of Bourbon ascended the throne. A glorious period really opened up with him: the political, cultural and economic renaissance affected the whole kingdom.
Charles was the promoter of the greatest artistic feats ever: we remember the excavation campaigns on Herculaneum , Pompeii and the whole Vesuvian area, which we talked about in previous posts; the construction of the Royal Palace of Caserta, the Royal Theater San Carlo and the Palace of Capodimonte, places that would become real symbols of the wealth of our city and our region.
Naples became a regular stop on the Grand Tour: artists as Goethe and Stendhal were always incredulous and in love with the infinite beauty of this land.

📸: Carlo King of Naples – the Royal Stage of the San Carlo theater – coat of arms of the Kingdom of the Two Sicilies 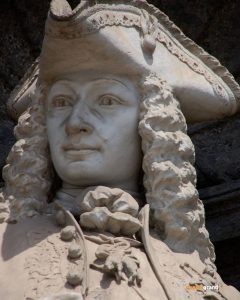 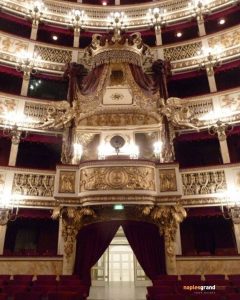 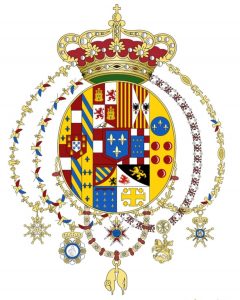 The last king of Naples to whom we dedicate our daily appointment is Gioacchino Murat.
Commander of napoleonic troops, he replaced Giuseppe Bonaparte – forced in 1808 to leave the throne of Naples to sit on the Spanish one. This period is in fact called “French decade“, covering from 1805 to 1815, the year of the Restoration, with which all the ancient regimes before the French revolution were restored.
In few years of government, Gioacchino Murat operated very constructively in the Kingdom, very loved by the people: in Naples, in particular, he founded the faculty of Engineering, first in all of Italy; he modified some areas of the city, such as the Sanità Bridge, the hills of Posillipo and Capodimonte. He restarted the excavations of Herculaneum and, also thanks to the great sensitivity of his wife Carolina Bonaparte, began the progressive arrangement of the Neapolitan collections in the museums of the city.
Naples is the result of the historical phases of all Europe: UNIQUE!❤️ 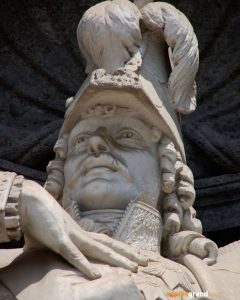 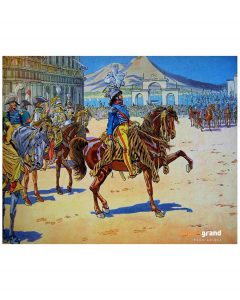 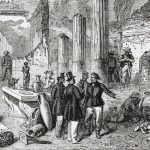 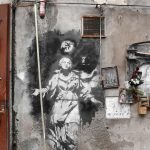 Street Art: the Speaking Walls of Naples Next
We use cookies to ensure you the best experience on our website. If you continue, we’ll assume that you are happy to receive all the cookies.Read MoreACCEPT
Cookies Policy