Do you know that there are five castles in Naples? Let’s find out together!

A characteristic feature of the city’s waterfront landscape, it has preserved its original appearance in part.
Its name (“ovo” means “egg“) comes from a legend: Virgil, the great Latin poet, buried a magical egg in the castle’s dungeons, capable of keeping the entire structure standing.
Beyond the charm of its history, it has a very important role in the history of the city: above all, it welcomed the last emperor of the Roman Empire – Romulus Augustolo.
Its imposing appearance has always been the subject of the attentions of the kings of the Neapolitan dynasties, until it becomes a symbol of our city in modern times.
The setting sun on the castle will give poetry to your walks on the wonderful seaside promenade of Naples!

In the center of Naples, stands imposing and majestic the Castelnuovo, known as Maschio Angioino.
It is universally the symbol of our city, as well as enclosing many traces of Neapolitan history – both ancient and recent.
Charles I Angevin project was to makethe city monumental. He then promoted the creation of his royal residence, austere on the outside and very rich inside: it was exactly the mirror of the medieval court.
In 1442, when Alfonso of Aragon entered the city, everything was transformed into a Renaissance key: the most striking change was the installation of the Triumphal Arch, between the two towers of the entrance.
While during the Spanish Viceroyal period, Castelnuovo was relegated to mere military fortress, in modern times it has a very important cultural role: in addition to hosting the civic museum of the city, it is also the seat of the Neapolitan Society of Fatherland History and the Committee for the History of the Italian Resurgence. 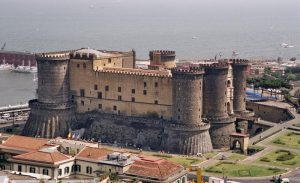 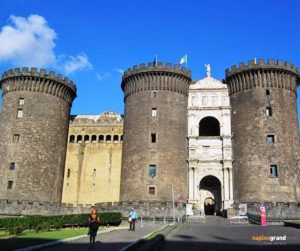 Founded in medieval times, it hosted King Robert d’Angiò and his court: it was equipped with a palatine chapel named after St. Erasmus, then contracted the Hermo and finally Elmo – hence its name.

It was, however, during the Vicereign of Don Pedro of Toledo that Castel Sant’Elmo lived a new and spectacular appearance: from above, it is clearly visible its refined star plant, which makes it also the largest fortress in the whole city.

In the centuries to come, its use was merely military; only in 1982 it was included among the sites of historical and cultural interest of Naples: since then it is used as a museum of contemporary art and is a very important cultural center.

Its location has always been its strength: in the past, perfect for war sightings; today, it gives everyone the most beautiful view of the entire city. 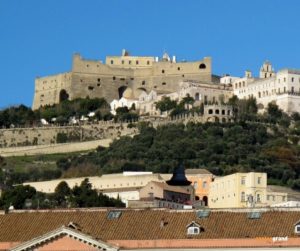 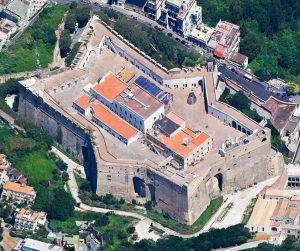 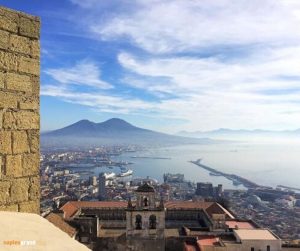 Castel Capuano takes its name from the nearby Capuana Gate, which opened to the road leading to the ancient Capua.

Its appearance has always been austere and solemn, as well as showing up majestically in an area of Naples with narrow streets, small houses and shops.

Its  role as the Kings’ seat changed just after the construction of Castel Nuovo – Maschio Angioino: it was intended to host the Palace of Justice.

The Viceroy Don Pedro da Toledo brought together all the local courts scattered throughout the territory in a single building: he made all the elements typically military disappear, to allocate the halls to the administration of justice and the underground to the prisons.

Some rooms, such as the Chamber of Summary, still manage to tell the great prestige of the Neapolitan forensic class.

For all The Neapolitans it is the “Old Tribunal”, a reference point that has renamed the ancient Decumano Major: Via dei Tribunali. 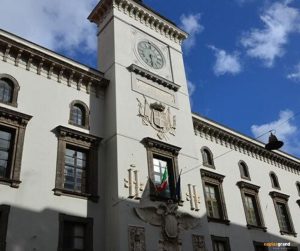 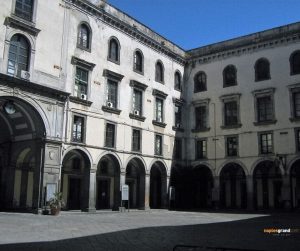 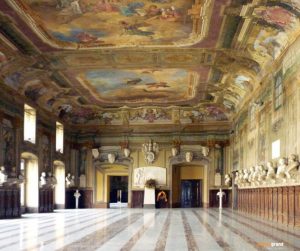 It is the “youngest” castle in all of Naples: it was designed in the early 1900s by the Anglo-Neapolitan architect Lamont Young, when the major decreed the accommodation of this new area of the city.

The building, later bought by banker Carlo Aselmeyer, is the best example of English neo-Gothic architecture in town: the fascinating Ogival arches and soaring whitings are a clear homage to the Middle Ages, while the exterior is completely covered with Vesuvian stone bugs.

Lamont Young signed many projects in Naples, both private and urban: he felt so attached to our city, that he decided to move to the islet of Gaiola, now a marine protected area of the Gulf of Naples. 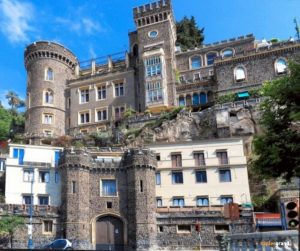 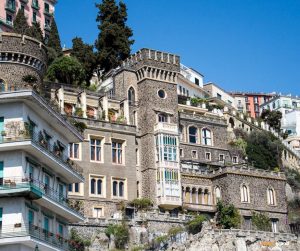 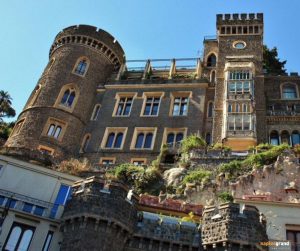 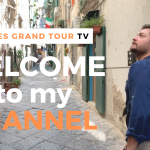